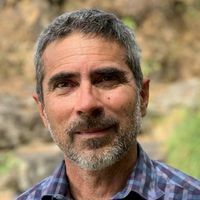 Leonardo Lacerda is TNC’s Global Managing Director for Climate Change, where he oversees the organization’s work to advance climate change solutions in mitigation, adaptation, and energy transition. Leonardo brings nearly 30 years of global experience building diversity and inspiring teams to achieve high-level goals in the environment, human development, and social justice sectors. He started his career in Brazil with a local NGO working on conservation and then spent 14 years with WWF as Latin America and Caribbean Program coordinator, Mediterranean Program Director, Conservation Director for Brazil, and Manager of the Global Forest Conservation Program. Since 2007, he’s served as environment program director for the Oak Foundation in Switzerland where he managed a portfolio of grants worldwide in excess of $550 million and built a team to address climate change, marine conservation, and illegal wildlife trade.

Leonardo received his B.A. in international relations from the University of Brasilia in Brazil and his M.A. in international Relations – with a focus on international finance and Latin America – from Johns Hopkins University, Paul Nitze School of Advanced International Studies. Leonardo is a Brazilian native and is proficient in several languages including English, French, Portuguese, Spanish, Italian and Greek. In his spare time, he enjoys learning new languages, reading philosophy and translating poetry.